I'm not sure exactly where this sheet comes from, but we've been using it for a decade to help draft timetables for multiple tavern sports leagues.
It's a tournament scheduler "Round Robin." The principle, then, is that each team involved can play alongside each other. This is the same concept that you like to put in motion with a league program, so we are using it for that reason. You can download the chart here 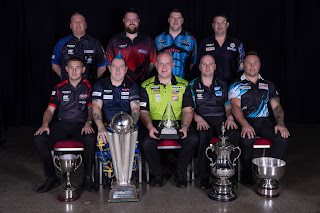 How to Use the Chart to Make League Schedules

You can find the corresponding chart on chart by taking the number of teams in the league.
Surface play or start time
In the left column, "Field or Court" will be said. We see it when a dartboard, as you're not playing field darts or courts. Up to three boards are open, and up to seven team leagues can be scheduled in-house.
You may also read this column as starting hours, whether you have more departments than boards to tackle all of them at once. For eg, consider Field A to start at 4:00 and Field B to start at 7:00.
You could skip this column if you run a traveling league, in which one team is traveling to another.

The number of columns refers to the number of weeks that the season would last so that everyone else can compete at once.

You would have to double the season time if you want to see each team play a home and a gap against all the others in the league. Shift the home side for the second time. For starters, Team Two plays in Team One in the first week of a four-team program. They play again in the fourth week, but this time they make two of their teams return.